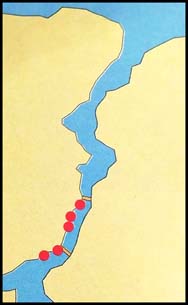 NAVIGATION ON and palaces along the waterfront. During THE BOSPHORUS High-speed tankers on the Bosphorus constitute a major threat to the houses the last twenty years, a dozen “classified” yalı have been destroyed by such shipping. The powerful waves and wake they generate eventually damage both the quays and the foundations of the palatial old dwellings.

AFTER DOLMABAHÇE THERE BEGINS AN UNBROKEN STRING OF PALACES, MANSIONS, AND GARDENS. ALL SLUMBER BESIDE THE SEA IN ORDER TO BREATH THE FRESHNESS OF THE AIR.

Some 550 yards beyond the Beşikta Iskele the ferry passes Çırağan Palace, recently rebuilt as a casino attached to the new Çırağan Hotel. Abdül Aziz commissioned the palace, which Sarkis Balyran designed and 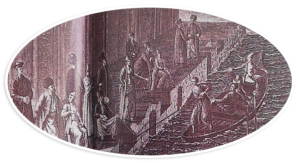 then completed in 1874. In 1910, Çırağan was destroyed by fire, which left only the smoke-blackened shell of the façade standing by the Bosphorus until the recent reconstruction of the building.

A short distance beyond Çırağan Sarayı on the shore highway is the entrance to Yıldız Park, a place originally known as the “Gardens of Çırağan,” after the various pavilions of Yıldız Sarayı. On the right of the entrance there is also a mosque built by the Sultan Abdül Mecit in 1848. A few yards beyond the entrance to the park, a steep but short lane leads up to the charming little complex of Yahya Efendi, who was one of Istanbul’s most celebrated Muslim saints. He as born in Trebizond on the same day as Süleyman the Magnificent, also at Trebizond, and Yahya’s mother even served as wet nurse to the future sultan. When Süleyman succeeded to the throne in 1520, Yahya Efendi accompanied him and became one of the most renowned divines of his age. The little külliye, built by the great Sinan shortly before Yahya Efendi’s death in 1570, is a popular shrine attracting a constant stream of pilgrims.

The next ferry stop is Ortaköy, or the “Middle Village.” In recent years Ortaköy has become an arts-andcrafts center. In addition to its many recently restored old houses, Ortaköy boasts an abundance of restaurants and cafés around the ferry slip, where in summer craftsmen and secondhand booksellers set up their stalls. On the promontory beyond the iskele or landing is the charming Mecidiye Cami’i, a mosque built in 1854 for Abdül Mecit by Nikoğos Balyan. On either side of the main street, in what still remains a fishing village, stand three monuments that deserve notice: a synagogue built at the beginning of the 20th century; a 19thcentury Greek Orthodox church; and a hammam 58 built in 1570 by Sinan for Hürsev Kethüda, head steward to the Grand Vizier Sokollu Mehmet Paşa.

Just beyond Ortaköy the ferry passes under Boğazıçı Köprüsü, the Bosphorus Bridge. Its graceful span arcs across to the hills south of the village of Beylerbey on the Asian shore. Opened on October 27, 1973, the Boğazıçı Köprüsü is the sixth longest suspension bridge in the world, measuring 3,524 feet from tower to tower and 210 feet above the water at its mid-point.

This “Albanian Village” has one of the most colorful landing stages on the Bosphorus, with a row of yalı along the shore south of the iskele. The streets the equally picturesque inner village are lined with old wooden

houses festooned with vines, a scene straight out Ottoman times.

During the last two centuries of the Ottoman Empire, Tarabya was a favorite rendezvous of the Greek upper middle classes from the Fener and Pera quarters. They were attracted by the beauty of the place, and by the cultured and sophisticated society at the summer embassies of the European powers.

Rounding Akıntı Burnu, the ferry enters the calm waters of Bebek Bay, a very beautiful inlet on the Bosphorus. The hillside above still retains its original woods, mainly umbrella pines and tall cypresses 26. Just before reaching the iskele, the ferry passes the former Egyptian Embassy, a splendid example of Art Nouveau architecture constructed in 1912 by Raimondo d’Aronco. Situated just beyond the landing stage there is a charming little mosque which was built in 1913 by the Turkish architect Kemalettin Bey.

THE UNIVERSITY OF THE BOSPHORUS

A few hundred yards beyond the iskele the shore road passes the lower entrance to the Boğazıçı Universitesi. The university campus occupies a hilltop site between Bebek and Rumeli Hisari, the next village to the north. This Turkish university was founded in 1971, taking over the buildings and grounds of the former ROBERT COLLEGE, which, during the 108 years of its existence, numbered among its faculty and graduates many important and influential figures, including several people who played leading roles in the cultural and political life of Turkey. 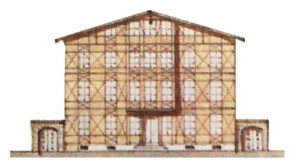 On either side of the strait there are two Ottoman fortresses, Rumeli Hisarı and Anadolu Hisarı-the Fortresses of Europe and Asia – both surrounded by charming old villages. After the Conquest in 1453 34 the two fortresses were no longer of any military importance. Anadolu Hisarı gradually fell into ruins, but Rumeli Hisarı survived and was used to hold prisoners of war, as well as ambassadors from unfriendly powers. Since 1953 this “Fortress of Europe” has become a museum and is open to the public; on

This is one of the Bosphorus villages least touched by urbanization. Here, many of the beautiful 19th-century Ottoman houses were influenced by Art Nouveau. The repair and maintenance of these seaside villas are demanding tasks, even when undertaken by specialists. The Greek Church of St George in Yeniköy shelters not only the tombs of three patriarchs but also an ancient icon of the Blessed Virgin. 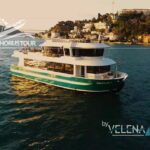 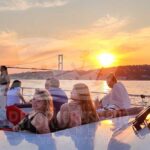 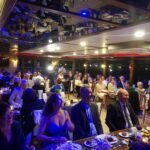 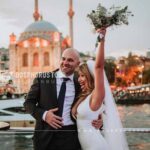 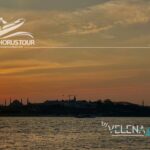 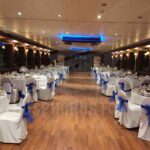 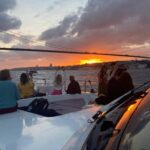 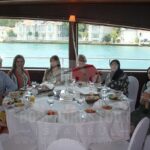 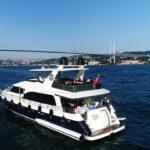